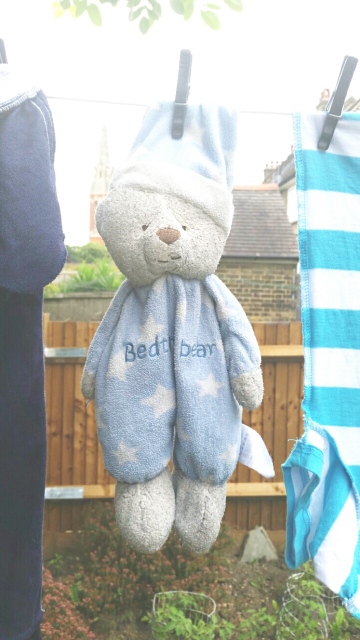 A few weeks ago, Max and I were unwell with colds, so I had to take him out of preschool for three days, Wednesday to Friday.

On the Friday, I decided to take him to Church for Mass, as it only lasts for half an hour so he wouldn’t be out for too long, plus he wanted to go out for some air. Of course, Teddy had to come long.

Anyway, once we got to the doors, he made a little fuss about going inside, but I explained to him that he should not worry. After managing to convince him to enter, he became scared, as there are a few hobbit sized doors – one of which was open. He didn’t want to pass it, but we had to, to get to the right Chapel. I must admit, in all the time I have been attending, I’ve never seen the doors open, so was a little freaked out myself!

Once in the Chapel, Mass commenced and the time for Offering came. Personally, when I approach the Priest/Father/Mother, I bow my head indicating I would like to be blessed, rather than take the ‘body’ and the ‘blood’ of Christ. Children are obviously given blessings with the ‘mark’ of the cross on their foreheads. Once Father Robert had done so to Max, he turned to me and smiled, but warned me not to touch his forehead. He wanted to go home and have a look at it.

I explained to him there were no markings, whereby he told me off and stated that Father Robert had marked his forehead with a pen! I really tried not to laugh, but failed miserably!

Once home, he looked in the mirror, smiling to himself. I’m not sure what he thought he saw, but I didn’t see it! As he made his way upstairs, he suddenly stopped, and our conversation went like this:

Max: “He forgot to bless Teddy!”

Me: “we can’t, Mass is now over, and everyone has gone home.”

Me: “Bubba, everyone has gone home.”

Max then decides he can do the blessing himself. Poking Teddy on the forehead three times, each time, he said aloud:

He then turns to me and says:

Then runs off to do his own thing.

What could I possibly say to that? I wonder… Is there a Father Maximus in the making after all this time thinking he would be Chef Maximus?!